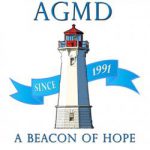 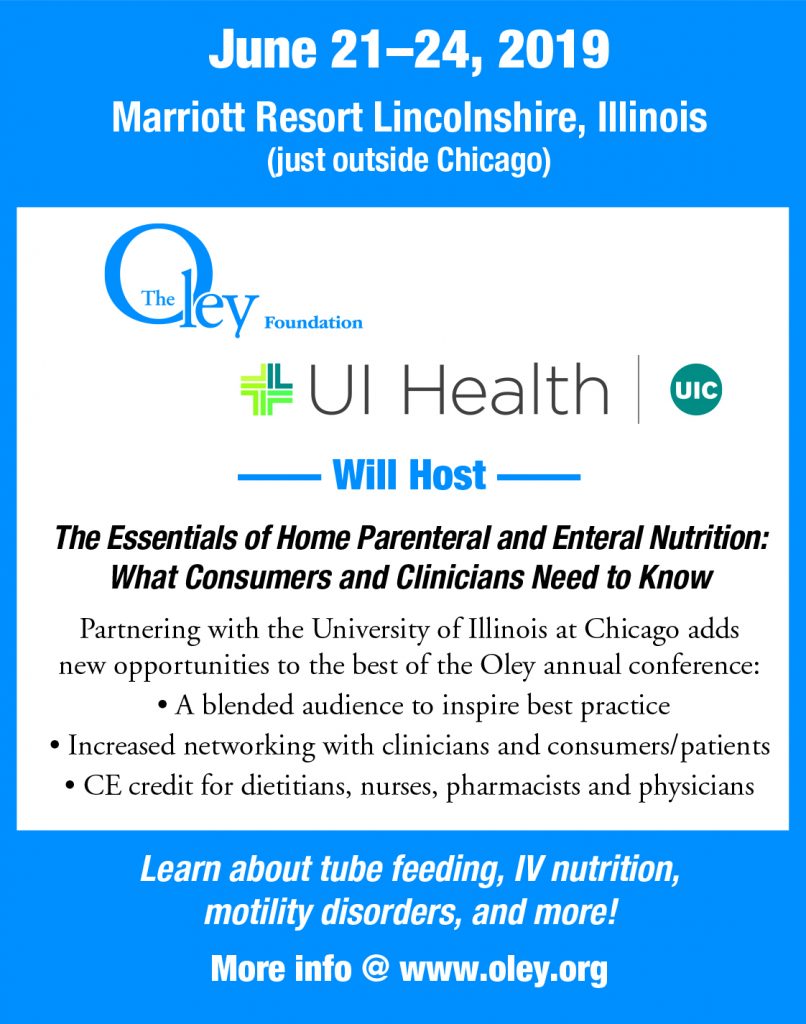 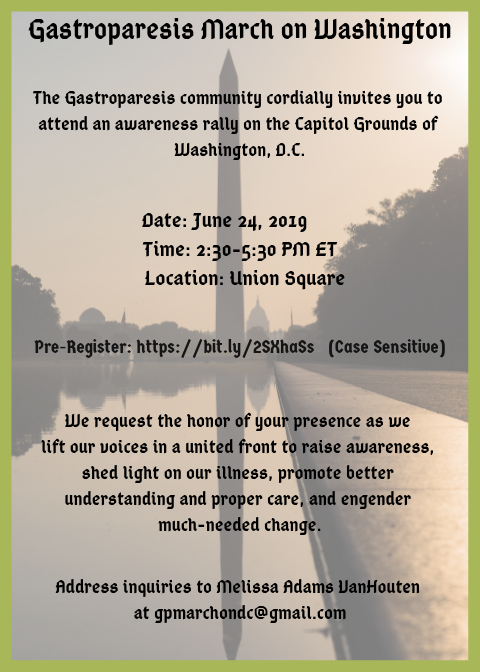 The Gastroparesis community will host an awareness rally on June 24, 2019, from 2:30-5:30 PM ET at Union Square (behind the Capitol Reflecting Pond) on the Capitol Grounds of Washington, DC.  Please join us as we shed light on our illness and promote better understanding and proper care.

The National Institutes of Health (NIH) estimates 5 million or more people live with gastroparesis, but, despite the numbers, gastroparesis is considered an “orphan” disease due to the lack of resources, support, and attention it garners.  Gastroparesis is little-known to the public and often misunderstood by healthcare professionals, researchers, legislators, and others who impact our care.  And, so, it is imperative that we, as a community, lift our voices in a united front to raise awareness and bring about much-needed change.

Gastroparesis, or “paralysis of the stomach,” is a gastrointestinal motility disorder in which the stomach muscles fail to contract and move food through from the stomach to the intestines at the proper rate.  It is a slowing of the stomach-emptying process marked by symptoms such as nausea, vomiting, GERD (or acid reflux), early satiety, extreme weight fluctuations, bloating, and stomach/abdominal pain, and it often results in debilitating and sometimes life-threatening complications such as malnourishment, dehydration, esophageal damage, erratic blood sugars, and digestive tract blockages.

The most common known cause of this condition is diabetes, which accounts for about one-third of the cases.  Other known causes of gastroparesis include neurologic disorders such as Multiple Sclerosis and Parkinson’s Disease, connective tissue disorders, complications resulting from surgeries, various medications (such as some narcotics and antidepressants), and direct damage to the Vagus nerve.  Most cases of gastroparesis, however, are labeled “idiopathic,” meaning there is no known cause.

Currently, there is no consistently safe, reliable, and effective treatment for gastroparesis – and there is no cure.   Available treatment options include often ineffective surgeries; medications which carry the risk of serious side effects; feeding tubes or total parenteral nutrition (TPN); and dietary changes (liquids or soft foods), which often do not provide relief.

Register at https://bit.ly/2SXhaSs.  For additional details and inquiries regarding the “Gastroparesis March on Washington” rally, please contact Melissa Adams VanHouten at gpmarchondc@gmail.com.